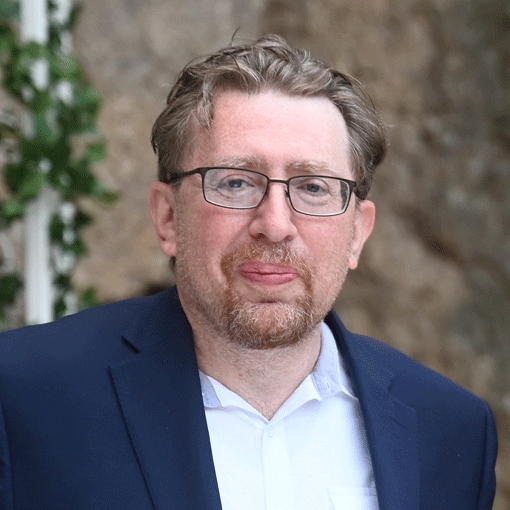 Mark is newly appointed Co-Chair, Steering Committee of AI for the Planet Alliance in collaboration with UNDP, UNESCO and BCG as a Knowledge Partner based in Paris. Mark is currently UN Advisor/Consultant to UNDESA – United Nations Department of Economic and Social Affairs focusing on Digital Government.

He is also Chairman of the Executive committee of AI for Good Foundation.

Mark is a founding partner and Chairman of Going Global Ventures, New York-based investment, technology, and strategic advisory firm dedicated to leading high-growth tech clients to success in the global digital economy. GGV advises large global enterprises and brands both in the US, EU, South America and Japan and collaborates with leading investment organizations and private wealth focused on digitalization and Artificial Intelligence.

Mark is Sr. Advisor to Boston Consulting Group and BCG Gamma. Currently, he serves as the strategic advisor and Global ambassador to the CEO and Chairman of New York based Amelia/IPsoft Inc.

Mark collaborates and advises large global enterprises both in the US and Japan. In Japan, he advises Hitachi on disruptive technology, AI and Climate Change.

Mark is also a Special Advisor to AI Lab, Josef Stefan Institute and Industrial Advisory Board Member – The Institute for Artificial Intelligence of Serbia.

Mark is Private Investor. From private portfolios, he is a Business Advisor to Infosec Global and DarwinAI among others. He was an early member of founding management team for successful startups that attracted investment and created exits such as ClubMom, VitaSave, etc.

He also advises several venture capital and investment companies. He is also an advisory Partner to Canadian Growth Investments. And a Special Advisor to AdAstral Funds.

Mark was appointed as member of World Economic Forum Future Council and involved with WEF initiatives.

Mark has significant experience in venture capital and private equity. Mark has served as venture advisor to Global Emerging Markets, an alternative investment group that manages a diverse set of investment vehicles. He was also previously a Fund Adviser to AI Capital and Bootstrap Labs based in San Francisco: a pioneer in the realm of VC funds focused on applied AI, carrying with it a mature fund and portfolio of 24 applied AI companies.

Prior to this position, Mark was the Vice Chair of Ventures and External Affairs, as well as CTO at the Comtrade Group, an international technology conglomerate. He also served as the CTO and Strategy Executive at IBM, and held other management, technology, and strategy roles that entailed formulating investment tactics for Venture Capital Incubation programs.

Mark was also involved with Research Board, a Gartner company and international think-tank advising CIOs at some of the world’s largest corporations, such as: Deutsche Bank, BTM Corporation, Geotek Communications, Qwest Communications, Comcast, and USWEB/CKS.

Mark is also involved in media and journalism, and contributes to a number of publications, including Fast Company, Forbes, VentureBeat, WEF, Entrepreneur, Observer, TechCrunch, InformationWeek, CIO Magazine and COGNITIVE WORLD. His has been cited and featured in articles and appeared in Newsweek, Inc., CIO Magazine, Hitachi Review/Japan, Telegraph UK, CNBC and other influential media outlets. Minevich is a respected voice in the tech innovation community. His knowledge has been cited and his name has been featured in articles on an international scale.

We use cookies on our website to give you the most relevant experience by remembering your preferences and repeat visits. By clicking “Accept All”, you consent to the use of ALL the cookies. However, you may visit "Cookie Settings" to provide a controlled consent.
Cookie SettingsAccept All
Manage consent

This website uses cookies to improve your experience while you navigate through the website. Out of these, the cookies that are categorized as necessary are stored on your browser as they are essential for the working of basic functionalities of the website. We also use third-party cookies that help us analyze and understand how you use this website. These cookies will be stored in your browser only with your consent. You also have the option to opt-out of these cookies. But opting out of some of these cookies may affect your browsing experience.
Necessary Always Enabled
Necessary cookies are absolutely essential for the website to function properly. These cookies ensure basic functionalities and security features of the website, anonymously.
Functional
Functional cookies help to perform certain functionalities like sharing the content of the website on social media platforms, collect feedbacks, and other third-party features.
Performance
Performance cookies are used to understand and analyze the key performance indexes of the website which helps in delivering a better user experience for the visitors.
Analytics
Analytical cookies are used to understand how visitors interact with the website. These cookies help provide information on metrics the number of visitors, bounce rate, traffic source, etc.
Advertisement
Advertisement cookies are used to provide visitors with relevant ads and marketing campaigns. These cookies track visitors across websites and collect information to provide customized ads.
Others
Other uncategorized cookies are those that are being analyzed and have not been classified into a category as yet.
SAVE & ACCEPT
Share This